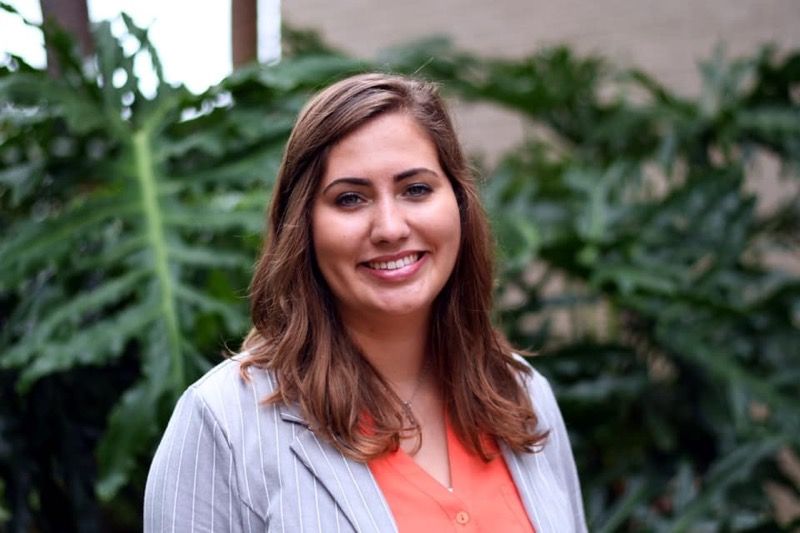 Growing up in northwest Ohio, Kelly McCartney discovered her calling at an early age to work with senior citizens.

A native of Van Buren, Ohio, her grandparents were her rock. However, when McCartney was in fourth grade doctors said her grandmother was experiencing the symptoms of Alzheimer’s and the disease was slowly stripping away her mental and cognitive abilities.

Then, her grandfather was dealt an equally unfortunate hand with a dementia diagnosis.

From that life experience McCartney knew she wanted to help seniors living with diseases that impact the brain and memory just like her grandparents endured.

“From an early age I felt called to this field,” said McCartney, the Memory Care Director at Starling’s Nocatee community in Ponte Vedra, Florida.

Memory care is specifically designed for residents who have Alzheimer’s or dementia. It provides a nurturing environment with precautionary safety measures that allow family members to trust their loved ones have the best care possible.

McCartney knew right away, the environment and care provided by the caregivers at Nocatee – the area’s premier senior-living community – was right where she needed to be.

Since starting the job on January 6, McCartney has developed an unbreakable bond with all of the residents living in memory care. With other caregivers at Nocatee, she fosters a compassionate environment and promotes an active lifestyle for those who are most vulnerable.

“I work with a staff that cares so much for our residents, which is evident every day with how they interact,” said McCartney, who earned her master’s degree in gerontology from the University of South Florida in Tampa.

McCartney said her career choice was a desire to learn from the “Greatest Generation” who all have vastly different life experiences.

Maybe she’s a bit of an old soul.

After attending church services on Sunday, McCartney said one of her favorite hobbies is perusing antique shops around Jacksonville.

However, work has quickly become her rock. Despite the generations between herself and residents, McCartney can’t wait to get to work each day and dig into the many layers of management that comes with working at a senior-living community.

In the early stages of her professional career, McCartney takes a hands-on approach and lets her warm personality lead the way. This allows her residents to feel at ease to share their life experiences.

“It could be as simple as having a one-on-one talk with one of the residents,” McCartney said. “I like to know their history.”

One of her unique skills is being able to connect with each resident, regardless of where they are in terms of cognitive function and physical ability.

McCartney has a bachelor’s degree from Ohio State and remains an avid Buckeyes fan. One of her residents, Jim, is an avid basketball fan, which is their jumping off point for talking about the upcoming March Madness.

As the new Memory Care Director at Nocatee Assisted Living, McCartney also gets to see the excitement some residents experience when volunteer therapy dogs come for weekend visits.

“Our residents light up when the dogs come to visit,” said McCartney, who grew up around different breeds of dogs.

Despite having varying limits to cognitive function, memory care residents are provided social experiences equal to residents in assisted living at Nocatee.

Activities are planned to keep everyone active and involved. Recently, McCartney planned a trip for memory care residents to go out as a group for frozen yogurt.

Even though memory care residents live in a more insulated environment, for safety reasons, McCartney makes it a priority that her residents enjoy the same perks that come with living in a luxury senior-living community.

Memory care residents get to take part in happy hour, visit the piano bar and enjoy a wide array of musical entertainment.

“We have amazing entertainment,” said McCartney.